In an effort to address the needs of a growing neighborhood, the Town of Munster asked The Arsh Group to prepare plans for a new multi-use park in the West Lakes Neighborhood. The site was vacant land (25 acres) consisting of grass and a small drainage way. The Town’s objective for the park was to address the recreational needs of the residents, while expanding available athletic facilities. The Arsh Group conducted an extensive survey of needs, had several community meetings, and identified issues that need to be addressed. The issues ranged from neighborhood recreational needs, to access and parking, additional traffic, and storm water management. The community process resulted in the development of two distinct areas for the park: a neighborhood park on the south side of the site, closer to the residents, and a larger multi-use athletic facility to the north. The first phase of the park—the southern neighborhood park—was completed in 2009. The second phase—which adds football & soccer fields, basketball & tennis courts, enhanced stormwater management areas, parking with rain gardens, and nearly one mile of new walking paths—was opened in 2013. A third phase of development, which included an expansion of the sports complex and walking paths, was completed in 2016. 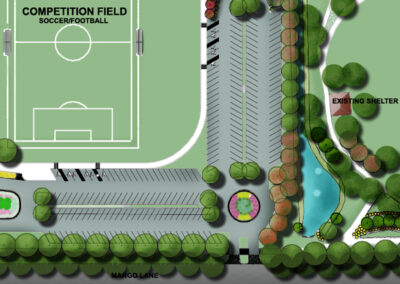 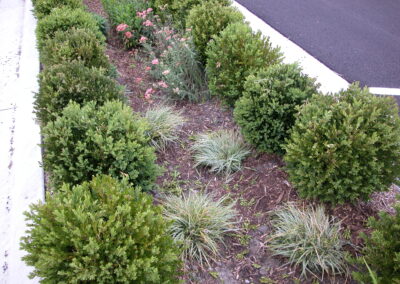 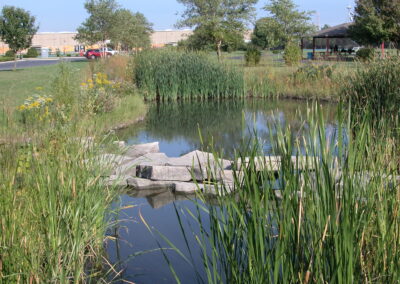 Pond on South Side of Park 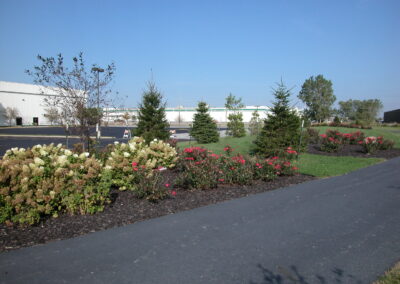 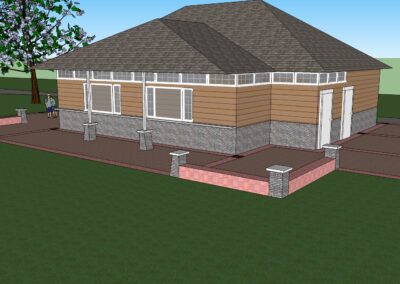 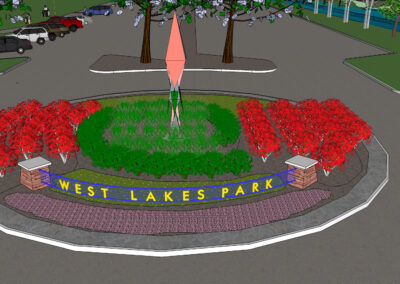