Lemon Lake Park, located just outside of Cedar Lake, is the oldest park in the Lake County Parks system. Now with over 400 acres of land, incremental improvements and expansions since its 1972 acquisition have created a disjointed feel to the park, with much of the park land inaccessible. The overarching goals of the Lemon Lake Park Master Plan was to better unite the various uses, maintain a variety of uses for all visitors in the park, and protect the park’s unique natural features, while making the park more accessible to all.

Lemon Lake Park has two distinct characters. The west side is mostly devoted to active recreational uses, with a series of athletic fields/courts, disc golf courses, and picnic shelters. The east side is mostly natural, with a variety of different ecosystems: lakes, wetlands, forests, and prairie/savannah areas. Most of these areas are only accessible via a winding series of grass paths. The new master plan aims to unite all these areas, beginning with a reorganized circulation system. A new roadway loop makes all of the park areas easily visitable for visitors, while a reorganized paved and natural trail network connects all areas of the park, as well as providing access to surrounding neighborhoods. A new activity center in the center of the park focuses a variety of new and existing activities into a vibrant gathering space. New activities envisioned here include a central promenade, multiple gallery and amphitheater space, and expanded youth and senior play areas. A relocated south entry aligns with the existing roadway network to reduce traffic congestion. The natural areas to the east are preserved, with additional native landscaping proposed to make these spaces more attractive while maintaining the park’s biodiversity. A proposed High Point Monument is proposed in the northeast quadrant of the park, highlighting the highest elevation point in Lake County. 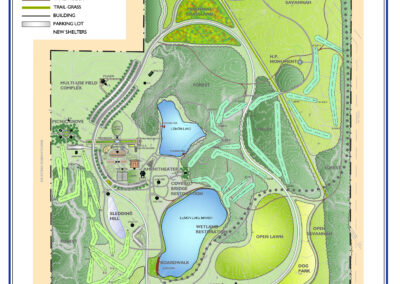 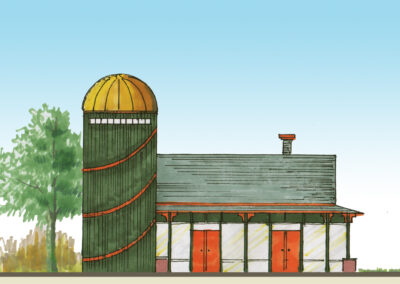 Conceptual Rendering of Bathroom, stylized like a farm silo 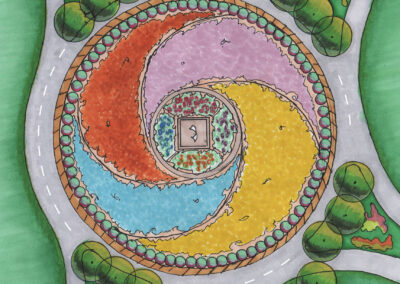 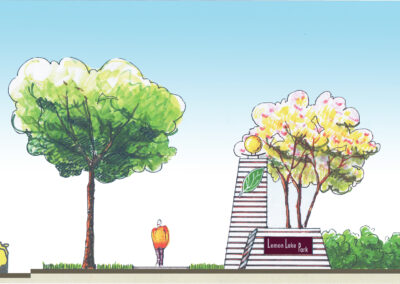 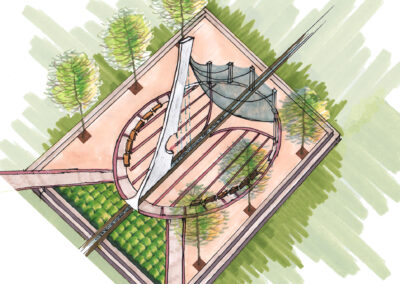